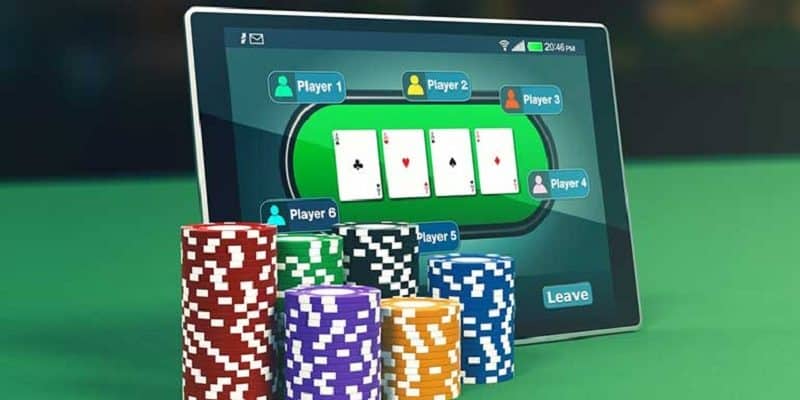 With the recent passage into law of Michigan House Bill 4311, online poker is now legal in the Wolverine State, along with a host of other gambling pastimes like online casino gaming and mobile sports betting.

While sports betting legalization is booming across the US (14 states have legal betting markets up and running, with at least six others pending launch), online casino and online poker have not been so popular with lawmakers around the country.

Similarly, online poker is legal in only six states:

Given the popularity of poker and its wide acceptance in the mainstream media over the last 25 years, it’s surprising that the game isn’t more widely supported over the Internet.

With cross-state online poker (including qualifiers for the World Series of Poker) even being excepted from the DOJ’s new Wire Act “reinterpretation”, it’s clear that poker is a cultural phenomenon all its own.

But aside from private poker nights and card rooms and casinos, the average person doesn’t have much of an opportunity to play the most popular game in America.

Worse, most of the states that offer online and/or brick-and-mortar poker mandate that players must be at least 21 years of age to sign up and play. This leaves the younger 18+ crowd out of the loop, and many of them are turning to the Internet for answers.

Most of the time, these players aren’t aware of (or even particularly interested in) the online poker laws in their states of residence.

Fortunately, in the US, it is largely legal for anyone 18 and up to play poker online, whether or not the activity has actually been explicitly approved by their state. All you have to do is join an offshore poker site. (That said, if your state has a domestic poker scene with age minimums in play at those venues, it is best to err on the side of caution and play offshore only once you’re old enough per the laws in your area.)

Why does this work?

While US state and federal gambling laws severely limit access to domestic operators that can offer poker games to US residents, offshore sites run their enterprises beyond the reach of US legal purview. It is thus legal and safe to use such sites provided there is no active embargo against the host countries in question.

It is important to note that two states – Connecticut and Washington – have explicit laws against all forms of online gambling. And poker, despite the obvious skill involved to win regularly, is considered to be “luck-based” in most jurisdictions. Nevertheless, these laws are historically unenforced.

Case in point: Online, offshore poker remains popular with hundreds of thousands of CT and WA residents, and there is no record of anyone in either state ever being fined or arrested for playing a few hands for real money over the Internet.

In total, 48 states and the District of Columbia have no laws on their books barring offshore poker action. The only caveat is caveat emptor, which means you’ve got to do your due diligence and join only a reputable, secure offshore 18-plus poker site.

Remember, the offshore poker space is populated by plenty of fly-by-night scam sites and bad actors. But the cream has risen to the top, and it’s easy to find a legitimate 18+ poker site without too much trouble.

Operators like Bovada, Ignition, and BetOnline are good places to start, and each one offers a host of cash tables and tournament play. Mirroring their brick-and-mortar retail counterparts, the most popular poker game at these venues is Texas Hold ‘Em, though they also offer Omaha and Omaha Hi/Lo as a matter of course.

If your state still hasn’t legalized online poker, you don’t have to wait. Just join an online book, pick a table and game type, and ante up.

In the US, whether you play domestically or not, you can go all in on online poker!